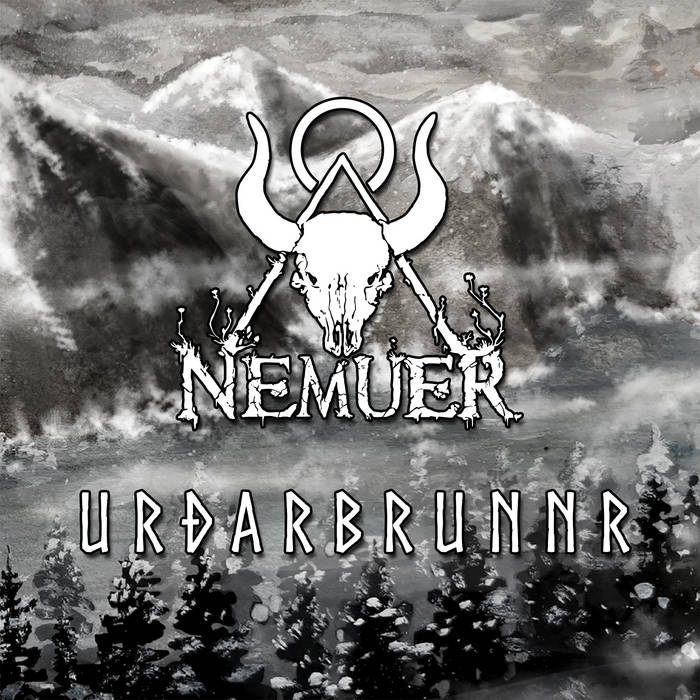 viguy The atmosphere this album creates is phenomenal! Many times as I walk my dogs through the forest with this album feeding my earbuds, the forest appears to change, smaller details are apparent, leaves shifting in the wind, the movement of birds through the trees, an Owl sits watching us pass by, one's spirit seems to merge with nature. Favorite track: Naglfar (Waltz of the Dead).

The Urðarbrunnr album will take you to the world of Old Norse myths and legends. Ancient instruments like tagelharpa (Old Nordic bowed harp) were used and the lyrics contain extracts from Eddas, the Old Norse sagas.

The album concerns the fate of the gods: their deeds and the aftermath.

All music composed, arranged, and premixed by Michael Zann.

Artwork created by Jakub Vanis (The Raven from the North).

Nemuer is a dark ambient folk project from Czech Republic, formed in 2014 and focusing on atmospheric/eerie compositions inspired from mythological themes. In order to keep the atmosphere utterly immersive, they use solely authentic dead languages or lyricless primordial chanting.

Bandcamp Daily  your guide to the world of Bandcamp